What is climate change? This is a change in weather conditions that is observed over a long period of time. Each region or natural zone on the planet has a certain weather for a certain time. If there is dry weather in the tropics for one day during the rainy season, or if it does not snow on New Year’s Day for one year, this is not yet a sign of climate change. However, when such deviations occur every year for at least three decades, these are already manifestations of global changes.

Since the beginning of rapid industrial development in the middle of the 19th century, the average global temperature has increased. Moreover, the most rapid increase in temperature occurred in the last 35 years. The five warmest years on record occurred after 2010. The Arctic is losing its ice cover, and in 2012 the minimum amount of ice was recorded. Extreme weather events and droughts are becoming more frequent, and in 2018, for the first time, severe weather anomalies (floods, hurricanes, tsunamis) were recorded on all continents at once. These are all manifestations of global temperature rise (the term “global warming”, which we are all used to, is not entirely correct, because in some regions, on the contrary, the temperature is decreasing, although not so noticeably). 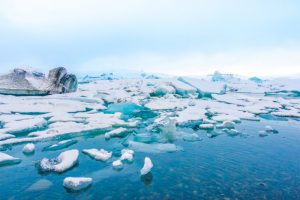 The climate on the planet changed constantly: from harsh ice ages to more comfortable warm periods, one of which we live in now. The reasons for these changes could be different: changes in solar radiation or the Earth’s orbit, changes in ocean currents, or even volcanic eruptions. So why is everyone panicking now about a phenomenon that happens all the time?

Because never before has the temperature changed so rapidly. If, due to natural causes, the average global temperature changed by 1C in 1000 years, now such a change has occurred in just a century. And by 2100, the temperature may rise by 2C-7C from the pre-industrial level – depending on the path of economic development that the world chooses. Far from all inhabitants of the planet – both from the animal and plant world, and people – will have time to adapt.

Why is it different this time?

The main greenhouse gases include carbon dioxide (carbon dioxide, СО2), methane (CH4), nitrous oxide (N2O), chlorofluorocarbons and water vapor. All these gases have different properties and can stay in the atmosphere for different periods of time. For example, water vapor reacts quite quickly to changes in temperature and returns from the air to the ground in the form of precipitation within a few days. Other gases are able to remain in the atmosphere from several years to centuries. For the convenience of calculations, they are all converted into the so-called “CO2 equivalent”. That is why all greenhouse gases are often simply called “carbon”.

The greenhouse effect is a natural phenomenon due to which the temperature on the Earth’s surface is able to support life. Over the past century and a half, the concentration of greenhouse gases in the atmosphere has increased significantly – it is now more than a third higher than it was at any time in history (the last record set at the time of publication of the article was in May 2020 – more than 418 parts per million (ppm), compared to the pre-industrial level of 280 ppm). The graph below shows how sharp the growth was.

Why is the concentration of greenhouse gases increasing so quickly?

The reason for this is human activity. Over the past century, the burning of fossil fuels has increased the concentration of carbon dioxide in the atmosphere. Coal, oil, and natural gas have stored carbon for thousands of years, and when burned, this carbon is released into the atmosphere and combines with oxygen in the air to form CO2. Scientists: natural causes do not have as great an effect on climate change processes as human activity.

In the process of photosynthesis, trees and plants capture carbon dioxide (CO2), capture carbon (C) and release oxygen (O2) into the atmosphere. Fossil fuels are essentially the remains of dead plants that have been under significant pressure for thousands of years, holding accumulated carbon. This whole process is called the carbon cycle – just like water in nature, carbon also goes in a circle from one state to another. Usually, its amount is clearly balanced, which allowed the systems to maintain stability. However, due to human intervention in the natural process, this balance has been disturbed.

Obviously, another important factor in the rise in temperature is not only the increase in the concentration of carbon dioxide in the atmosphere, but also the destruction of those who should absorb this carbon. When we cut down forests – often to expand agricultural land – we lose our best ally in absorbing large volumes of greenhouse gases that we ourselves create. Chere from felling of trees, part of the carbon accumulated by the forest is released into the atmosphere, when the remains and waste of wood processing are burned or rotted, as well as due to the destruction of the ground cover and litter, which also contain greenhouse gases.

Deforestation causes 10% of all greenhouse gas emissions in the world. The rest is caused, as we said, by energy and transport, as well as buildings, industry, agriculture, waste and land use. That is why effective countermeasures against climate change require, first of all, to change approaches to these spheres of life, making them carbon neutral – that is, such that all greenhouse gas emissions from them are absorbed by ecosystems – the ocean, swamps, forests, etc.