Nothing affects the state of nature like human activity, no natural disasters have a more serious and lasting effect on the environment. Emissions of toxic waste poison water, air and soil and lead to the death of entire ecosystems, deforestation and poaching lead to the extinction of many animal species. The situation is getting worse as technology advances. Let’s talk about environmental protection organizations, their tasks, goals and means, as well as what everyone can do to protect nature today. 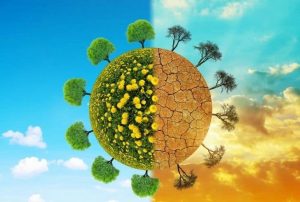 Environmental protection was not a priority until the middle of the twentieth century, although by that time anthropogenic activity had long had the most negative impact on nature. Only at the 27th session of the UN General Assembly was this issue seriously raised for the first time. At the same time, a new organization was created in the UN system – the United Nations Environment Program (UNEP). In the same year, on the day the Stockholm Conference on the Environment began, a special holiday was established – World Environment Day. It is celebrated every year on July 5 and is held under the auspices of UNEP.

The purpose of this holiday is to remind every inhabitant of the Earth that the planet is our common home and its condition depends on the actions of each of us. Environmental events are held all over the world on this day – from marathons, bike rides and concerts to subbotniks.

Each holiday is dedicated to a specific theme and is held under its own motto. The very first World Environment Day was held under the slogan “Only One Earth”. In recent years, the theme has become narrower, and every year the holiday is dedicated to one aspect of environmental protection, such as rising sea levels due to global warming, illegal trapping of wild animals, forest conservation, green economy, and so on. 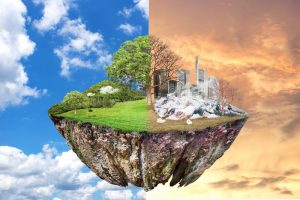 However, it is necessary to remember the fragility of the environment not once a year, but daily. The holiday only draws attention to the problem, but it should be solved systematically. That is why active work is being carried out around the world to protect and preserve the natural wealth of the planet.
Conservationists are currently facing a lot of problems. Anthropogenic activity is diverse, and so is its impact on our environment. Here are the main goals that ecologists are focusing on today:

Many international agreements have been developed to protect nature. Perhaps the most famous is the Kyoto Protocol, which obliged developed countries to strictly control the amount of carbon dioxide emissions in order to prevent the emergence of a greenhouse effect that affects the climate around the world. In addition, the UN Convention on the Law of the Sea was adopted, aimed at protecting the seas, the Montreal Protocol, which limits the production and use of substances that deplete the ozone layer of the atmosphere, as well as the Convention on Biological Diversity, which is aimed at the protection and rational use of wildlife resources, and dozens of other important documents.

Russia has signed more than 20 such documents. The territory of our country is huge, and the responsibility that lies with us corresponds to the scale of the country.