Millions in the world are starving – billions are overweight

According to the Food and Agriculture Organization of the United Nations (FAO), 821 million people in the world are hungry. At the same time, about 2 billion people are overweight and have serious health problems due to overeating, including 41 million children under the age of five. This figure is expected to reach 3.3 billion by 2030.

The UN predicts that by 2050 the world’s population will grow to 9 billion people, with the largest growth occurring in regions already facing food insecurity. 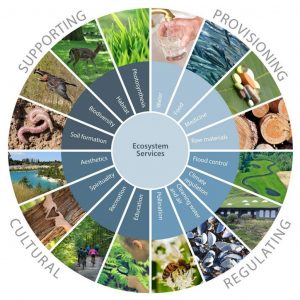 Even a few years ago, according to the UN FAO, it was predicted that under the usual scenario, food production would have to increase by 50% in order to feed the growing world population. And attitudes are changing. Increasing the food supply does not depend only on the growth of food production.

The transformations that are taking place in food systems are driven by the understanding that there is enough food in the world for everyone if we come to conscious production and consumption, as well as waste disposal. Now 30-40% of the total amount of food produced is lost at various stages of the value chain.

By reducing waste and turning leftover food into animal feed or compost, or switching to alternative energy sources, we could increase our food supply without having to use more land for production.

The amount of available agricultural land is shrinking due to soil degradation, and resources such as water and energy are becoming scarce.

Therefore, to search, rethink, transform food systems is a common task for both agribusiness leaders, officials, and experts in international relations and public health.
Agrifood trends that are changing the world

There is a growing interest in the world in regenerative agriculture, which can reduce the negative impact of food production on human health and the environment. These are methods that include minimal or reduced tillage, reduced use of chemical pesticides and fertilizers, crop rotation, and increasing soil fertility through biological means.

Regenerative agriculture is also one of the ways food companies can contribute to global decarbonization and meet the demand for organic food.

With agility, small product manufacturers can quickly adapt to change and transform their business. More environmentally conscious approaches to food systems are prompting large producers to rethink the future of business and adapt. After all, 29% of greenhouse gases today are generated as a result of agribusiness activities.

Global corporations, despite their power, also cannot stay away from the trend of healthy eating and environmentally conscious production. 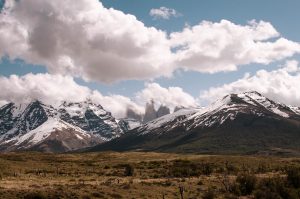 For example, Unilever, which has an ambitious plan to reach net zero by 2039, recently introduced five principles for regenerative agriculture. They focus on soil regeneration, water protection, increasing biodiversity, developing climate solutions and improving the lives of small farmers. These principles will be implemented in partnership with Unilever brands and will focus on key products such as dairy, vegetables, cereals, palm oil, soy, paper and paperboard, coconut, cocoa and tea.

Consumer behavior regarding what food to choose and why is affecting the agri-food business like never before.

The recent coming out of the world’s largest food manufacturer, the Swiss multinational corporation Nestle, that 60% of their products do not fall under the generally accepted norms of healthy eating is a step ahead of the curve. After all, people all over the world want to consume healthy and wholesome foods that would help prolong life and strengthen immunity.

And a video of the press conference of the world famous Portuguese footballer Cristiano Ronaldo, where he removed the bottle of Coca-Cola from the table and called for clean water, went viral, and some even began to associate this story with the fall in the price of Coca-Cola shares.