An independent international environmental organization that has become famous for its notable public actions. Now Greenpeace’s activities are mainly aimed at protecting biological diversity, reducing the emission of gases into the atmosphere and the production of toxic waste, as well as against the development and use of nuclear technology. The protests regularly staged by the organization’s supporters have given it a controversial reputation. But this does not diminish the achievements of Greenpeace. For example, in Russia, the organization is implementing its forest campaign, in which volunteers carry out raids and put out fires in forests, plant young trees. A lot has been done to introduce environmentally friendly methods of collecting, sorting and processing waste.

The already mentioned United Nations Program (UNEP) is the main body of the United Nations for the protection of the environment and one of the largest environmental organizations in the world. Its activities are mainly focused on environmental monitoring, the development of laws and regulations, as well as educational activities. In particular, it was thanks to UNEP that the rules and regulations for the transport of hazardous and toxic substances were adopted. This organization actively participated in the development of many international conventions dedicated to environmental protection. UNEP also operates on a practical level, for example, the organization supports and sponsors the deployment of technologies that enable the use of renewable energy sources. There is a solar panel loan program that was launched in India and is now being rolled out to other developing countries.

World Society for the Protection of Animals

This organization fights for the ethical treatment of animals, both wild and domestic. In different years, the organization protested against whaling, bullfighting, keeping dolphins in captivity – in dolphinariums and zoos. And it has achieved significant success, for example, thanks to the activities of the OIE, bear-baiting was banned in Pakistan. Now OIE is developing a World Declaration on Animal Welfare, which will be submitted to the UN. The main office of the OIE is located in London, and its branches are located in 13 countries, but the activities of the society cover more than 150 countries of the world.

Of course, these are far from all such organizations – hundreds of foundations and associations operate all over the planet, the main goal of which is to protect the environment. It is important that almost all of them exist on the basis of voluntary donations.

What can everyone do to protect the environment?

Very often people think that the problem of protecting the environment is not directly related to them. Air, water and soil are polluted by factories and factories, animals are destroyed by poachers, and ordinary people seem to have nothing to do with these actions. Actually it is not. Each of us performs daily actions that harm or help the preservation of the environment. A plastic bag thrown on a beach can cross the ocean and kill a seabird off the coast of another continent: it will swallow the bag, mistaking it for a fish. By handing over the battery for recycling, you will save several cubic meters of soil from pollution. The use of public transport and carsharing can significantly reduce gas emissions. It is enough to pay attention to your daily habits and think about whether they are all safe for nature – this alone will become a significant contribution to protecting the environment. 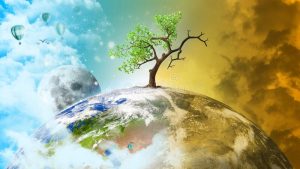 There is another way to help nature – to support any environmental organization. For example, WWF, like many other foundations, exists on private donations. And sometimes these are very modest amounts, but due to the fact that the fund has many supporters, these donations help to implement such large-scale projects as climate, marine, forest programs and other projects aimed at preserving biodiversity.

Thanks to common efforts, the Ussuri tigers, bison, Far Eastern leopards and more than ten other endangered species of animals were saved from complete extinction. With the participation of WWF specialists, more than half of Russia’s specially protected natural areas were created and a complete ban on felling rare trees was introduced. The Fund and its supporters succeeded in moving the oil pipeline from the shores of Lake Baikal and saved whales living off the coast of Sakhalin from death. But this is only the beginning of the work, and WWF still needs your help to restore the populations and return them to their natural habitat. Therefore, WWF has developed several participation programs, and you can choose the one that suits you: support the work of the foundation as a whole or its individual program, transfer a one-time donation, buy an eco-souvenir, or set up regular debits from your account.

P.S. The World Wildlife Fund (WWF) is one of the largest international environmental organizations.