For several years now, Europe has been trying to answer the question of how not only to dispose of garbage without harming the environment, but also to make sure that there is less garbage. DW talks about some of Europe’s most popular measures to reduce waste.

If the garbage is properly sorted, it becomes a source of raw materials that can be reused. For example, from biowaste – foliage, herbs, peels of vegetables and fruits, etc. – make fertilizers for plants or use them to produce biogas. And valuable metals are extracted from old household appliances: gold, silver, copper or aluminum. Old furniture, clothes and plastic are also used as recyclables.

Garbage as a source of energy

Big cities absorb huge amounts of energy. It is necessary in industrial production, infrastructure, households: for heating, electricity, mobility. Garbage in all this can replace non-renewable energy sources. One example is the biogas already mentioned above. Another example: Household heating uses energy generated from waste recycling. This technology was successfully mastered in Copenhagen. 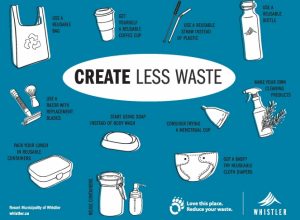 95 percent of plastic packaging is single use. A third of it ends up in the sea and on land, polluting the environment. Experts from the Ellen MacArthur Foundation have calculated that by 2050, if the situation does not change, there will be more plastic in the oceans than fish.

Waste that is difficult and costly to dispose of includes special types of plastic. Such plastic is used, for example, in disposable packages, plastic glasses, bags in supermarkets or cocktail tubes are made from it. Approximately 95 percent of single-use packaging material consists of it. In Europe, they plan to completely abandon all this. Instead of plastic bags, supermarkets offer paper bags. Disposable tableware is disappearing from the market. It is replaced by dishes from other materials. 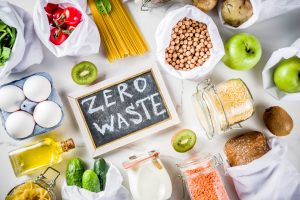 Construction waste instead of concrete

According to UN-Habitat, 4 billion people today live in cities. By 2050, this number may exceed 6 billion. Along with the urban population, the number of buildings made of concrete is growing: both housing and offices. One of the components of concrete is cement, and during its production more carbon dioxide is released into the atmosphere than during air travel. If we compare the amount of emissions of this greenhouse gas that are released during the production of cement, this figure will be higher than the combined figures of the United States and China.

Concrete buildings are on the rise around the worldPhoto: Imago Images/Schöning
New technologies that can replace concrete and especially cement, which is necessary for its production, already exist. Professor Gnanly Landrow from Zurich invented a clay-based building material that does not contain cement. There are other developments that use construction waste and agricultural waste instead of cement.

A third of all food produced, according to the UN, is not used. Most of them deteriorate during transportation and storage. Tons of food end up in garbage cans every day: not only those products that were not bought in the store, but also those that turned out to be too much both on the plate and in the refrigerator. In this case, experts say, one should be guided by the well-known principle: less is better.